A nationally recognized Americana band with Spartanburg roots is reuniting for a special performance in the Hub City.

The Belleville Outfit, which broke up in 2011 following a successful four-year run, will perform at 8 p.m. May 2 at the Spartanburg Memorial Auditorium.

Tickets are $20 and are now available online at crowdpleaser.com or ticketmaster.com as well as in-person at the auditorium box office.

The concert will be held in the auditorium's downstairs arena, giving it a club-like atmosphere. Promoter Chip Smith of Show Nuff Productions said that he hopes for the Belleville Outfit's appearance to be the first in a concert series called Café SMA.

The Belleville Outfit released two critically acclaimed albums (“Wanderin'” and “Time to Stand”) and was nominated for Best New and Emerging Artist by the Americana Music Association in 2009. Based in Austin, Texas, its members include Spartanburg natives Marshall Hood and Rob Teter, who, as teenagers, led a group called The DesChamps Band.

The band's music is a blend of gypsy jazz, western swing and other Americana styles and is greatly inspired by Uncle Walt's Band, which achieved cult status in Austin but was originally formed in Spartanburg in the 1970s by Walter Hyatt, Champ Hood and David Ball. 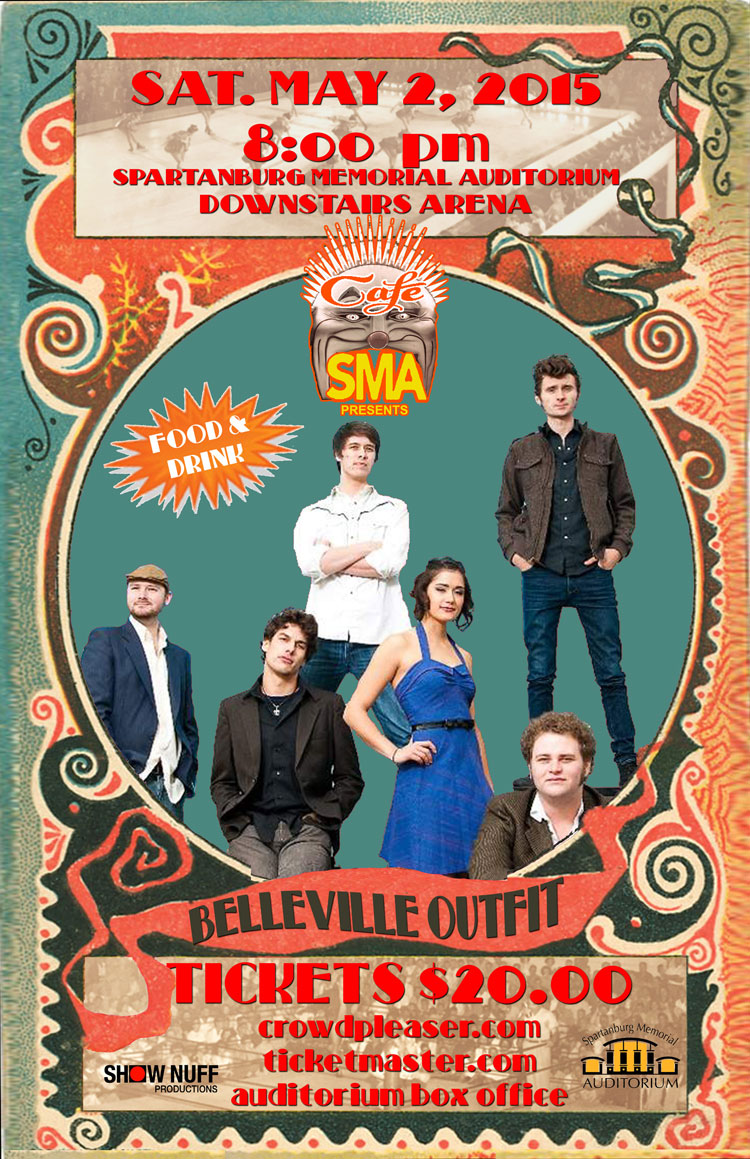